The 1 Page Succession Plan in 5 Steps

Succession planning in action can be seen every day! Here are a few examples:

Substitute teaching is a perfect example of succession planning in action. A teacher is suddenly unable to complete their duties for a temporary or long term basis. But the school still needs SOMEONE to be in the classroom. Call in, the substitute teacher! Trained in the basics of the subject and specific role of that classroom, they can supervise the class and hopefully try to keep things moving.

Professional athletic teams: The “next man up” philosophy is a core element of many athletic teams, especially in sports that are prone to injury such as football. Coaches not only plan to be able to replace individuals, they have an ENTIRE 2nd team standing by just in case.

Government agencies have directors and co-directors for a reason. They also follow strict guidelines to create, maintain and test Continuity Of Operations Plans which are clear directions of who should take over and what should happen in the event an elected official were to perish or become suddenly incapacitated.

Why is this important in business?

For the simple reason that people are in critical roles for a reason…they are CRITICAL, meaning someone has to be doing them and someone has to be in charge. This is as much to ensure that decisions are made by people who are capable and aware of the consequences but also for the moral and anxiety levels of your employees AND customers! And for anyone who thinks that this isn’t necessary, I just want to point out that everyone dies. Yes, I said it. It’s a reality. People die. People get sick. People get in accidents. People can become unreliable. People quit….every day. Don’t get left scrambling to find a replacement for acritical employee, have one ready to go.

Reassurance: For small business owners, you want to be able to assure your employees and customers that even if the owner, supervisor or someone else is no longer able to do their job, someone has already been identified that will take over.

Career Path: Identifying who is capable of performing acritical function can double as a career path for the individuals identified. This can be seen as a “promotion in waiting” for many employees and motivated and ambitious individuals will covet the role.

Valuable Cross Training: In order to be a successor, you will have to ensure that the person identified knows how to do that job. This is a great opportunity to develop a cross training program which may also be able to identify inefficiencies in your organization. Perhaps the successor will have some ideas about how to do things more cost effectively!

Get over the fear of being replaced

Leaders who are told that they must identify a successor and train them to take over can be afraid that they are being replaced. The easiest way to avoid this is to make succession planning across the board with every senior level employee STARTING with the owner/president/CEO. This is a case where you absolutely must lead by example. There should be an announcement and presentation in a full senior staff meeting about why this is being done and that it will start with the CEO. Even better, bring in a neutral third party risk management consultant like Tempest Risk Management to provide the details and direct the exercise. This can reassure even the most nervous executive that they are not being targeted specifically but a way to ensure continued operations. You should point out the positives by pointing out that your critical employees should feel able to disconnect from the office and take extended vacations knowing that a qualified person back at the office has things well in hand.

The One Page Succession Plan

This is a simple 5 step process:

1.      Identify the CRITICAL roles within a company.

Always start with the CEO/Owner/President and work your way down. Typically, these roles start with Chief or Director. But they may also be employees who are not in the C-suite, but still critical, such as security, facility managers, business continuity and IT professionals.

2.      Identify a current person in the company who can step into the critical role as a temporary successor

This can be an assistant director, second in command, another senior leader or EVEN the immediate supervisor of the role in question. Again, keep in mind that succession plans are meant to identify someone who can temporarily fill the gap left by a sudden absence. These have the potential (and are likely) to become permanent roles for the successor but in a crisis situation, the last thing we should worry about is permanence.

I cannot tell you how many business owners I have worked with who know exactly who they would want to take over should something happen to them….but never actually told that person. Make sure to tell the successor and share this with other executives and senior leaders. The last thing you want is a disputed succession in a crisis situation. Make it clear to everyone who will take over in what circumstances. To make them feel better, point out that it is temporary and the successor would still have to prove their capability if they want the role permanently.

Develop a training plan to get the successor up to speed on the key functions of the role. This may also include system, financial and physical access that they would not have had otherwise. Depending on the company, you can provide all of this access to the successor OR have protocols in place that can quickly gain them the access they need once needed based on pre-defined triggers. But some access, such as to financial and bank accounts, can take weeks to process and maybe even longer if the person who previously held that role is the only one with access and have strict locks and controls in place about who can access it. This could cause a nightmare so either provide the successor with access now or make absolutely sure you have a process in place to quickly get it to them.

This is not a will. You don’t need to get teams of lawyers involved. This is not a commitment, promise or contract. It is just a plan. While I have seen succession plans that are many pages long, most of the information above can be written on a single page. Simply include:

·        The systems, tools, financials and physical access they need to step in

If you want to see an example of a succession plan or have questions, email info@tempestrisk.comand we can help point you to the resources that you need. 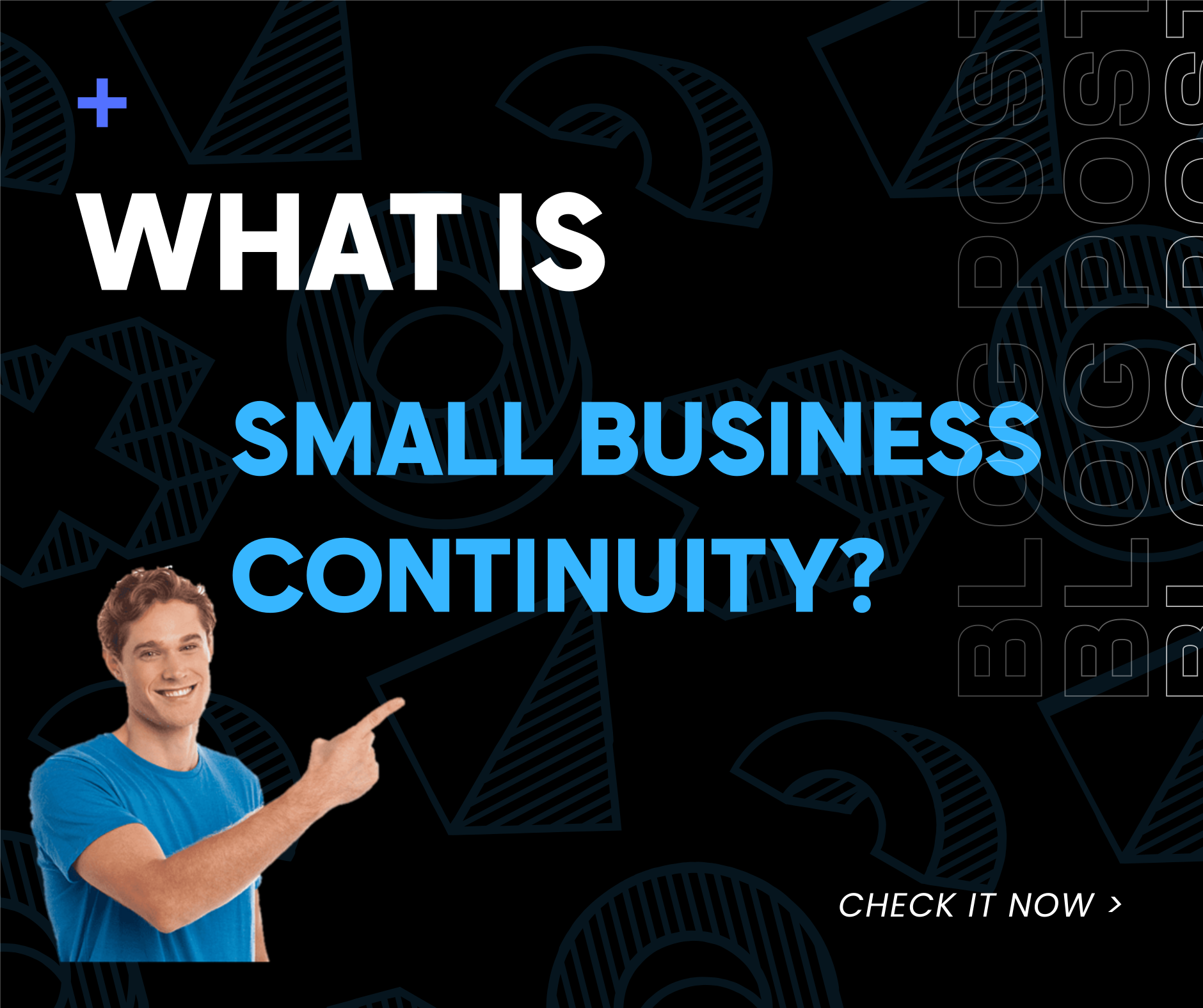 What is Small Business Continuity?

I asked ChatGPT to define the term Small Business Continuity. The answer may surprise you as much as it surprised me... 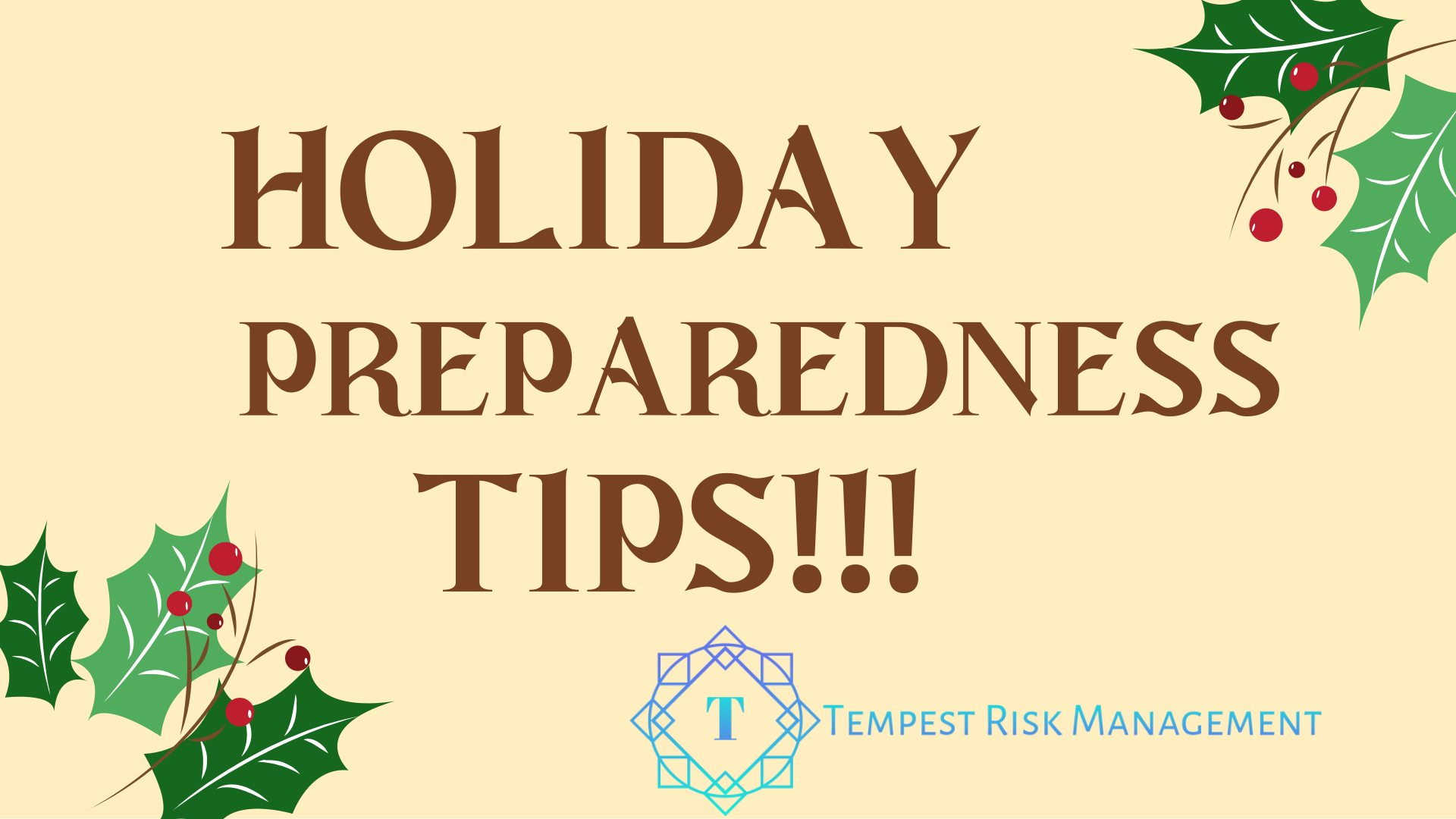 Don’t get run over by a reindeer! Holiday Preparedness for Small Businesses

While getting run over by a reindeer may be low on the threat list to your small business, the analogy is apt in that MANY things can go wrong during the holiday season that can affect any businesses, small or large. This time of year, businesses need to be especially wary of and prepared for threats that may cause a disruption and have plans in place to minimize the impact as much as possible.

Beyond Plywood and Sandbags : Hurricane Prep and Recovery Tips for Small Businesses